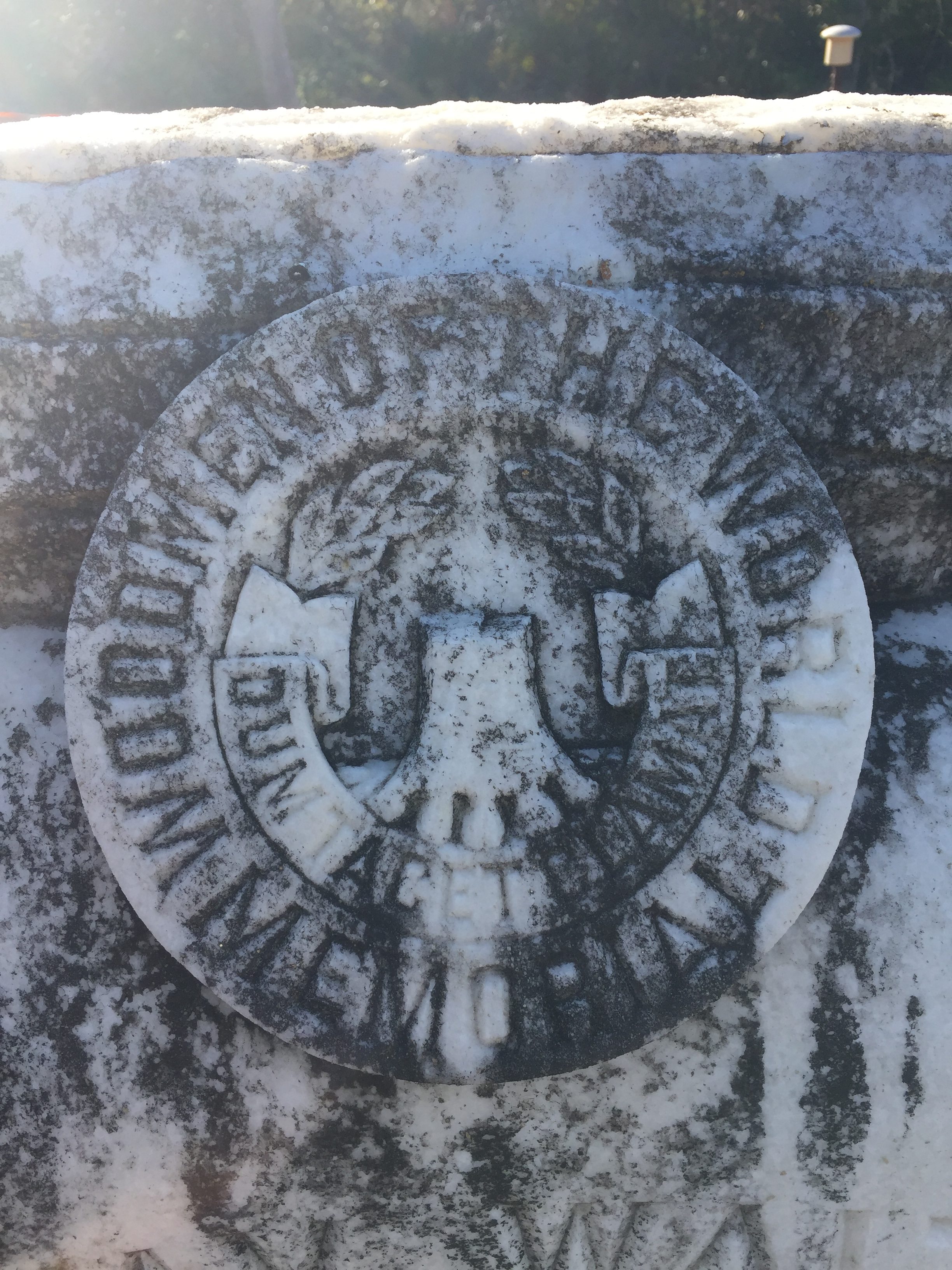 Woodmen of the World

About the Grave Markers

The earliest Woodmen of the World insurance policies included a payout for death and a grave monument. Later the grave markers were offered to those who purchased an additional $100 rider. By the 1920s, the Woodmen stopped providing markers to members as cemeteries began enforcing policies which prohibited above-ground memorials for maintenance issues. Today Woodmen of the World has a WOW emblem that can be attached to a regular grave marker.

The Story of Frank Borges

On a Saturday night in late June 1902, a 20-year-old man was murdered in “the yard of a house of ill repute in the eastern quarter of town”. The Punta Gorda Herald article goes on to say “Frank Borges, whose surname is pronounced Bohee, was well thought of by all our people. He was sober, honest, of a kind and accommodating disposition, industrious, and the chief support of an aged father. Only ten days before his death, he joined the local camp of Woodmen of the World, by which thoughtful act on his part his father will receive in sixty days a cash benefit of $1,000 to support him in his old age. The Woodmen have employed Col. Spence and other counsel and will prosecute the murderers to the fullest extent of the law. They gave the dead lad a decent burial and will erect a monument over his grave. The religious rites were conducted by Rev. J.E. McIntosh of the Baptist church, while the Woodmen honored the dead with their own beautiful ceremonies.”

Who are the Woodmen of the World?

Recently I spoke with Christopher Schultz of Modern of Woodmen Fraternal Financial. He explained that Modern Woodmen was founded by Joseph Cullen Root, who later went on to found Woodmen of the World.

Chris explained that the Modern Woodmen and Woodmen of the World were inspired by the concept of woodmen clearing the land to provide for pioneer families settling the frontier. Joseph Root saw Woodmen of the World as being an organization that would clear away problems of financial security for its members.

Chris emphasizes that Woodmen of the World is a separate company than Modern Woodmen Fraternal Financial. The only connection is the original founder, Joseph Root.

Who was Joseph Cullen Root?

No doubt his background in numerous fraternal organizations and his years of experience in the insurance business were factors that led him to develop:

The primary purpose of these organizations was to provide financial relief for families upon the death of the head of household.

Joseph Root fell ill on a train near Hendersonville, North Carolina, after visiting Woodmen of the World camps in Louisiana, Mississippi, Alabama, Georgia, Florida, and Virginia. He died in Hendersonville on Christmas Eve of 1913.

At the time of Root’s death, Woodmen of the World had nearly 700,000 members and over 10,800 camps. Today, the various “Woodmen” organizations established by Joseph Root continue to provide valuable insurance protection and fraternal benefits to thousands of members.

More than 45,000 Woodmen monuments exist on the graves of members throughout the United States.

Woodmen of the World Today

Known as WoodmenLife since 2015, the insurance provider offers a visual timeline of their history at https://www.woodmenlife.org/about/history.cfm.