Why was McGraw’s Place known as the Bucket of Blood?

In the book, Our Fascinating Past-Charlotte Harbor: Early Years, the authors interchange the alias Bucket of Blood and Bloody Bucket in reference to McGraw’s Place. It was a small gas station with a counter where motorists could buy a soda or candy. McGraw’s Place was located at the corner of Tamiami Trail and Acline Road by the railroad tracks, and had a reputation as a secret speakeasy where locals could procure alcohol during Prohibition.

How Did It Get The Nickname?

As Judge Judy says, “If it doesn’t make sense, it’s probably not true” and that’s how I feel about hibiscus grower Pete Goulding’s claim that McGraw’s Place was called Bloody Bucket due to “all the fights that took place there.” More about that in a minute.

In the book cited above, Pete Goulding, describes Virginia McGraw mixing up a batch of her infamous ‘Strawberry Wine’.

“When we got there, Mrs. McGraw was out in the back yard with five, big wash-tubs of water. She poured a gallon jug of [strawberry] syrup into each tub, then five gallons of moonshine from a big barrel. She stirred the mixture with a broom stick and poured it into bottles with a dipper and funnel. This was the ‘wine’ she sold to boys. It was still 70-proof and made most first-timers sick because they drank it like soda pop. Many a time I have seen them sitting on the trestle over Alligator Creek puking their guts out from too much of Ma’s elixir.”

My view is that the sobriquet Bucket of Blood refers to Virginia McGraw’s home-made, 70-proof ‘Strawberry Wine’ mixed in big metal tubs.

Blood as a Metaphor for Wine 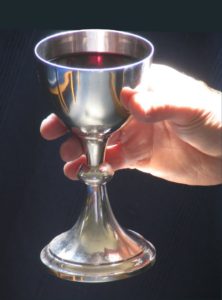 Bucket of blood is a familiar metaphor for a glass of wine. Blood is often used as an analogy for wine, as in sacramental wine representing the blood of Christ. Or the wine-based and fruit-infused beverage known as Sangria, a name derived from the word sangre, meaning ‘blood’ in Spanish. The cocktail made of vodka, tomato juice, Worcestershire sauce and seasonings was called Red Hammer and Bucket of Blood before the current name, Bloody Mary, stuck for good.

Who Brought a Bucket to the Knife Fight?

Granted, I haven’t attended a knife fight or a gun duel, but it’s hard to imagine anyone intervening with a bucket to collect blood! Collecting blood in a bucket is done when an animal is slaughtered. For instance, a hunter bleeds a deer into a bucket, or when slaughtering a pig, the blood would be collected to make blood sausage, boudin or morcillas. Buckets of blood are also encountered in fishing when buckets of chum are emptied into the ocean to attract fish and sharks.

History of the Popular Appellation

Bucket of Blood is a popular moniker with scores of saloons and bars across the British Isles and the United States laying claim to that sensational name. No doubt a lot of the appeal comes from the easy-to-picture image of a blood-filled bucket. And then there’s the almost poetic-sounding alliteration.

It’s been theorized that in some locations, particularly in the American West where mining operations proliferated, the water exhibited a red tint from tin or lead leaching into the water supply. That theory is compelling. Here in SW Florida we are currently experiencing ecological damage due to severe water contamination from phosphate mining which is producing what we call the Red Tide. Maybe we should start calling it the Blood Tide? 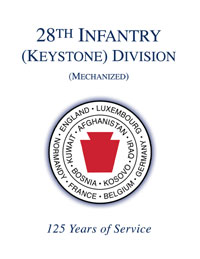 In WWII, the Pennsylvania National Guard 28th Infantry Keystone Division were called the ‘Blutiger Eimer’ by the Germans. It is translated as Bloody Bucket Division. It was not because of the blood they were alleged to have spilled, but because their insignia looked like a blood-red colored pail. Could it be that Pete confused his memories of McGraw’s Place with the renowned 28th Infantry which was frequently in the news in the mid-1940s?

Finally, it’s hard to believe that “frequent, bloody fights occurred there” or that “Mac was a mean man. He liked to see people bleed.” After all, if they were selling alcohol during Prohibition, to encourage fights would draw the attention of the authorities. Not to mention, as Pete describes it, the McGraws “lived in some rooms in the back” and the speakeasy business “took place in the kitchen which had a large table and several chairs. Mrs. McGraw was the bartender. Mack was the bouncer.”

There just wasn’t room for fighting, and it’s simply not a profitable way to do business. There is no evidence that George McGraw was anything other than a hard-working gas station owner. It seems his wife Virginia and her sketchy friend Dick Windham were the bootleggers. No doubt George often found himself shooing drunks out of his house.

The dramatic scene of Virginia McGraw and Dick Windham bottling the Strawberry Wine was created by Simona Molino of Janas Studio Artistico in Italy. Janas is a fairy whose magic flights take her to starry skies and silvery seas. She inspires Simona’s fantasy artwork of memorable characters illustrated in rich colors and scrupulous detail.