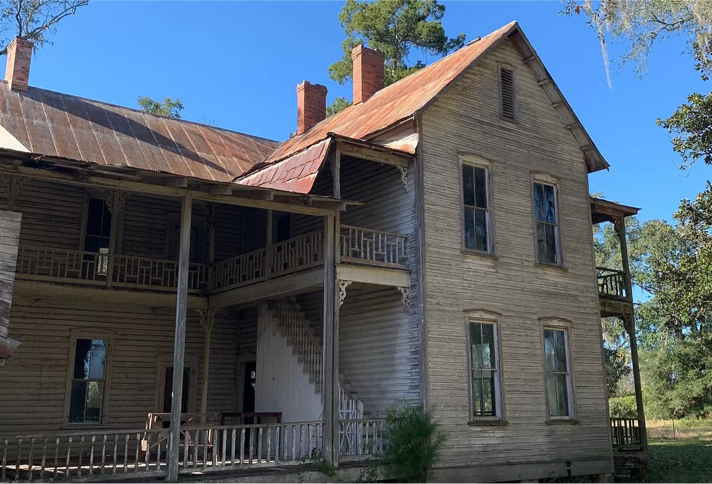 Who were the Walters?

One of the earliest pioneer families to settle in Wellborn, three generations of the Walter family resided in the magnificent home at the end of 8th Avenue.

Where did the Walters come from?

Family patriarch George Balzer Walter was born in France and spoke French as his first language. You probably immediately noticed that his name doesn’t look French, and you’re right.

How did a Frenchman get a German name? George Walter was born in Strasbourg. Strasbourg is located in the northeast corner of France, on the German border, in the province known as Alsace-Lorraine. Alsace or Alsatian (like the dog) was the German side and Lorraine (like the quiche) was the French side. For centuries French and Germans moved freely across the border while the governments of both countries wrangled to claim the territory.

Those familiar with my research in Punta Gorda may recall a similar family, the Quednaus. Fritz and Minnie Quednau of Alsace-Lorraine moved to Punta Gorda around the same time that George Walter arrived in Wellborn. In both cases we see early Census reports listing their place of birth as France and then later Census reports indicating the place of birth as Germany, reflecting the ambiguity of that part of Europe.

We know their son Forest Lee Walter was born in Tennessee in 1871 when Eliza was 36. We have not yet found information about what happened during the 23 years between 1857 and 1880, when George and Eliza, and their 9-year old son Forest first appear on the Census for Suwanee County.

Very little information appears for Eliza. On the 1880 Census her name is listed as Elizabeth, but usually, and on her gravestone, as Eliza. She passed away in 1907 at the age of 73.

George lists himself on the 1880 Census as Farmer, and it is documented that he had a vineyard and produced wine. How French! We looked around the property for any remaining grape vines but found none. Certainly they owned a larger tract of land in those days and the old vineyard land was sold years ago as the land was sub-divided and sold off. Widower George lived with his son Forest and his daughter-in-law Lora until his death in 1921 at the age of 88.

Who built the house?

From all appearance, the magnificent home was built by son Forest Lee Walter. We believe that because in the 1900 Census, 29-year old Forest lists his occupation as Carpenter. Who else, but a skilled carpenter, could have created this masterpiece of a staircase and the fireplace mantle? In 1910, at age 39, Forest listed his occupation as Contracting, House Builder. By 1920, Forest, now 49, lists his occupation as Farmer. With the house built, one can imagine he took over his elderly father’s farm. We wonder if he built any other homes in Wellborn?

Where did Forest learn carpentry? He was only a boy when the family relocated to Wellborn. The critical 1890 Census is not found on Ancestry.com. That Census would tell us if Forest was an apprentice carpenter. Generally, a carpenter would apprentice for 4 years. We might also find another carpenter in the town who would be mentoring him. Searching the 1900 Census, we found two carpenters in Wellborn, Harry Riggeby and James McCardel. Perhaps one of these men were the master carpenter who trained Forest?

What happened to the Walters?

Forest Lee and Lora Ophelia had two children, George Brooks (January 6, 1901) and Nellie Ruth (July 25, 1905). After patriarch George B. Walter’s death, Forest and Lora continued to live in the house with their children.

Forest died in 1947. Lora survived him by 20 years. Lora’s maiden name was Moseley and there appears to be a number of Moseleys in Wellborn at the time, perhaps her family? She continued to live in the house with her son George and his wife Della Kent Walter.

The younger George did not follow in his father or grandfather’s footsteps. Old school professions of carpentry and farming had no appeal for him in the exciting new era of automobiles. He and Della operated three filling station / grocery stores. You’ll note on the grave markers that George (the elder) and Forest belonged to the Ancient Arabic Order of the Nobles of the Mystic Shrine, commonly known as he Shriners, and their wives Lora and Della were members of the Daughters of the Nile. George (the younger) did not follow in that family tradition.

On August 10, 1941, Nellie married a local boy, Ellwyn ‘Ebb’ Sistrunk and moved out of the family home. They resided in Jacksonville for many years.

After his mother’s death, George and Della moved into one of their businesses, where one would presume they could enjoy modern amenities like plumbing and electricity. In the following video clip from 2015, Irene Jernigan McCall (aged 94) and Elizabeth Bond McMullen (aged 91) talk about bathrooms (or lack thereof) in Wellborn.

Neither George or Nellie had children, and upon their deaths, this line of the Walter family ended. George left the house to his dear friends, Ruth McLeran Mizell and Eddie Joe McLeran. Although the McLeran siblings hoped to keep the home, they were advanced in age and sold it. The house has passed through three hands and received some restoration work since, and it is now available again for the special someone who will lovingly renovate this amazing piece of history. Will it be you? 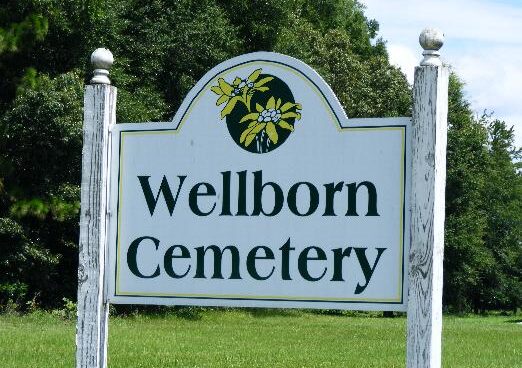 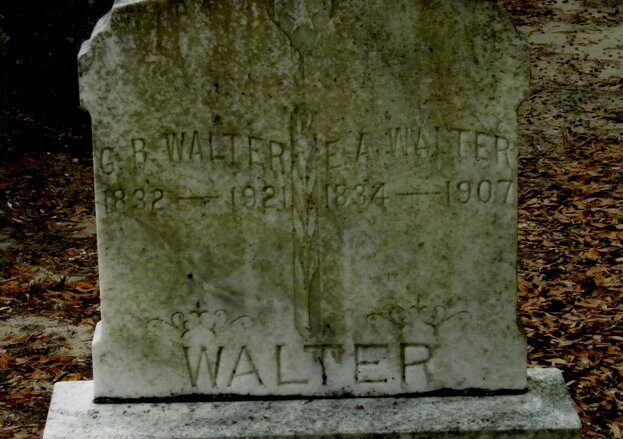 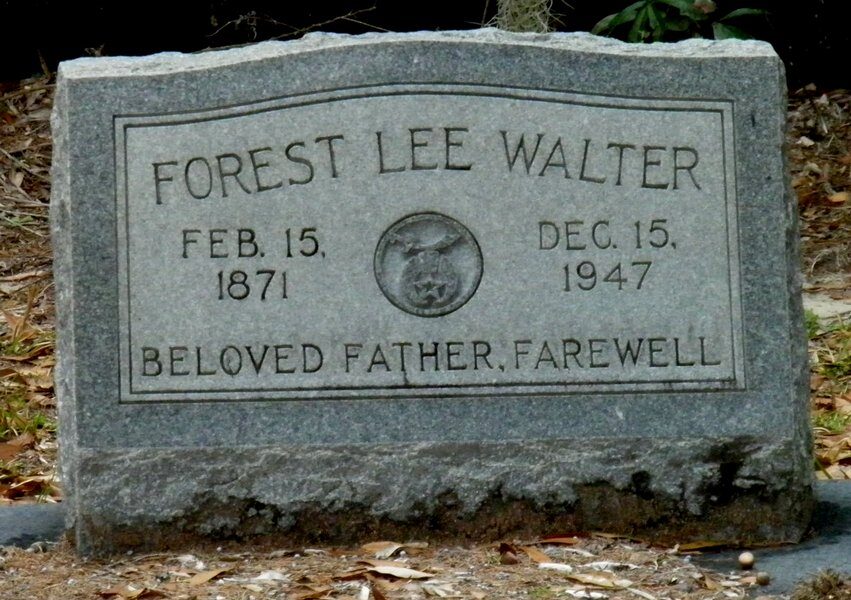 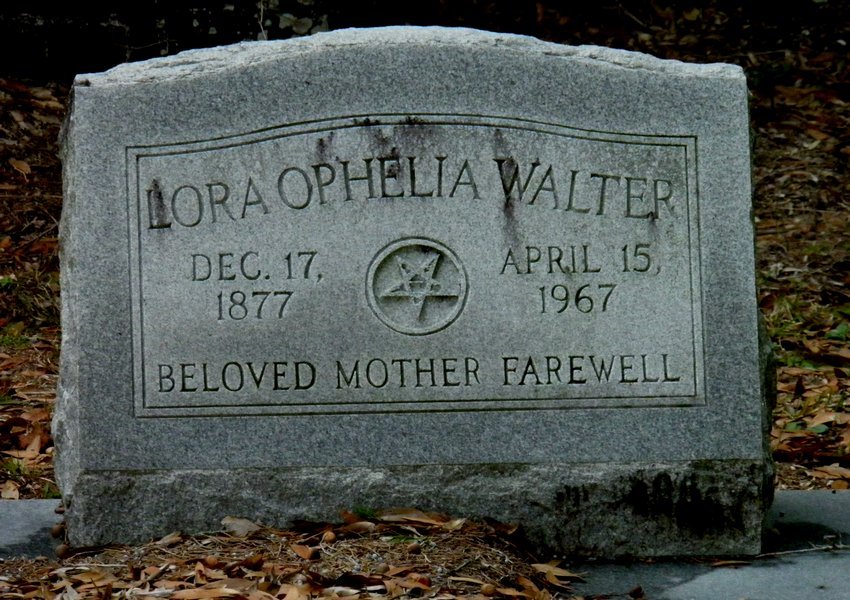 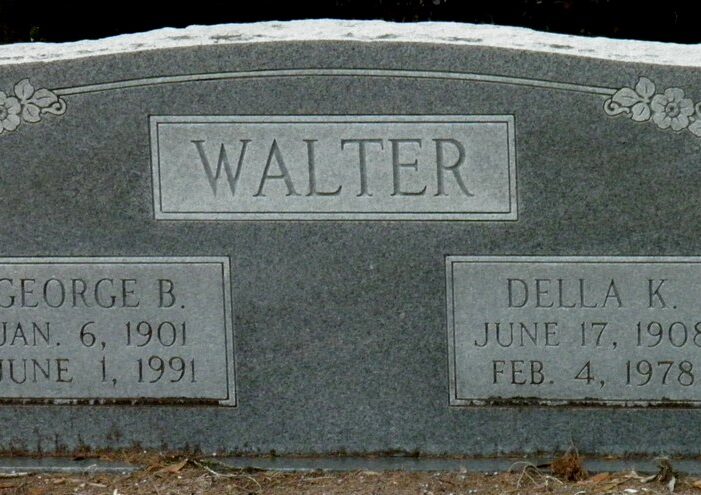 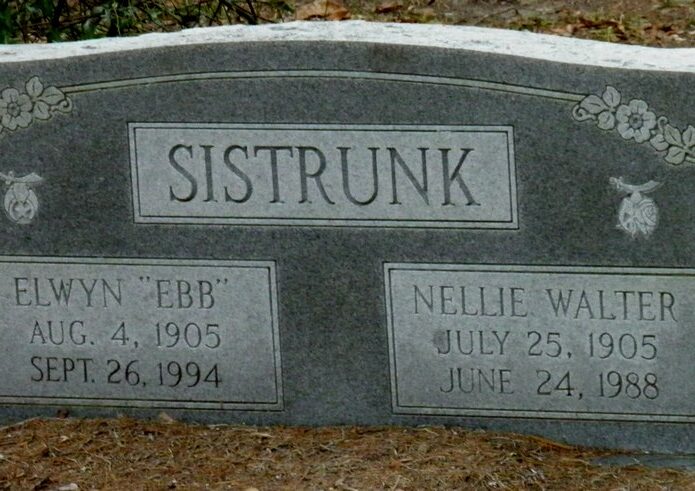 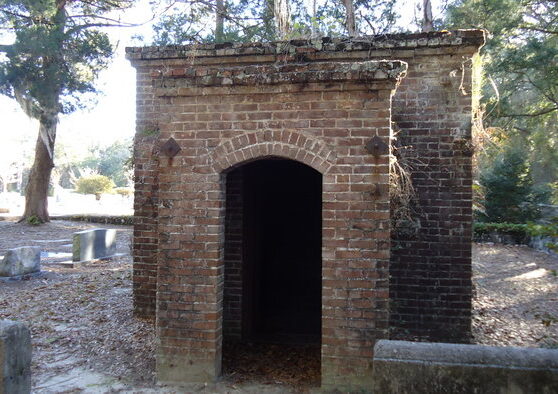 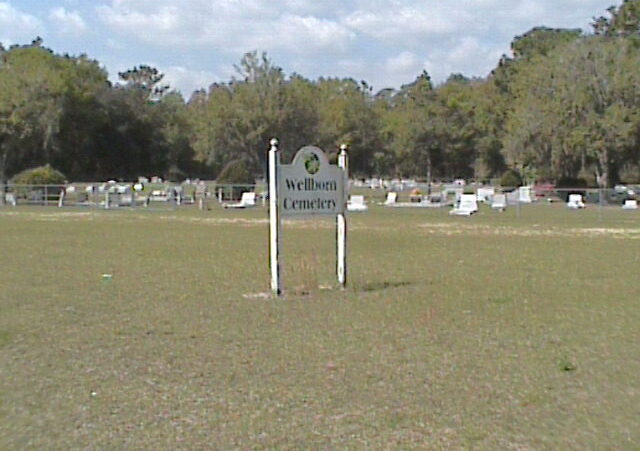