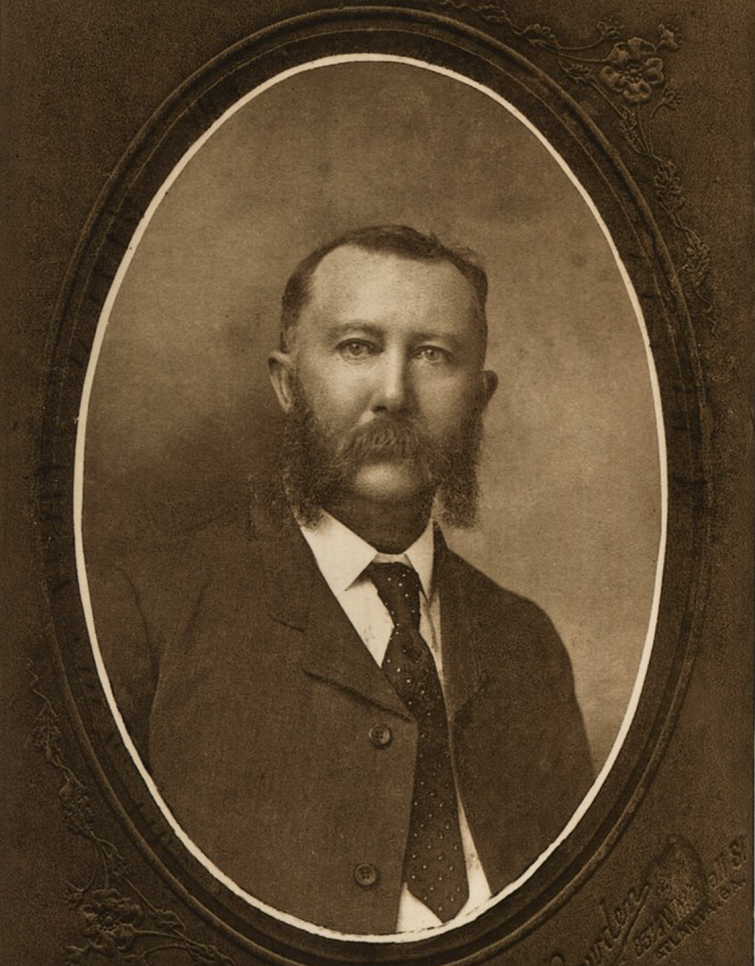 Former newspaper editor, master storyteller and virtuoso of many arts, Fred Farris, introduced the theory that Edgar Watson was the true assassin of Marshal Bowman in his book Once Upon a Time in Southwest Florida. Let’s take this case into consideration.

His name is Edgar J. Watson, and he’s a known killer, unlike Isaiah Cooper who would have lived his life in quiet anonymity if not for his being convicted of a murder he most likely did not commit. It was convenient to convict Cooper; there were people who didn’t like him and were willing to testify against him. Even the local lady seers pointed their fingers at Cooper. The townspeople were outraged by the marshal’s murder, and demanded swift justice. They practically rioted on August 5, 1903 when Governor Jennings stayed Cooper’s execution which he explained as “New matters presented at 9:45 this morning were deemed proper for the board to consider.“

Edgar J. Watson was born on November 11, 1855 in Edgefield, South Carolina. His father, Elijah ‘Lige’ Watson, was an alcoholic and a bully. He worked as a penitentiary warden where his sadistic nature was given free rein. He also brought home his brutality, beating his wife and children. He was known as ‘Ring-Eye’ because of a circular scar around one eye that he got in a knife-fight. It is said Lige would fight anybody at the drop of a hat. The apple falls close to the tree; his son Edgar became known as ‘Bloody Ed’ and needed very little provocation to take a life.

It is said that Edgar killed his first man at the young age of nine. He was afraid the man would tell his father that he’d done a poor job planting peas. Fearing another beating, he killed the innocent black man. His mother, Ellen, finally fled her abusive husband with young Edgar and his sister Minnie. They moved in with relatives at Fort White, Florida.

Edgar Watson grew to be a striking man. He was six feet tall with red hair and beard, and intense blue eyes. He liked to dress well and sported a $400 gold watch. He portrayed the image of a gallant southern gentleman entrepreneur and had his choice of young ladies to marry. He picked petite Jane Dyall. They were married January 10, 1882 in Volusia County when he was 27-years old and she was 21.

But when he drank, Watson’s temper was as explosive as TNT. It is reported by Fred Farris that Watson got drunk in a tavern at O’Brien, FL and stood on a table to make a loud and inflammatory speech. His cousin asked him to calm down at which request Watson responded by kicking in his cousin’s skull, killing him instantly.

With law coming after him, Watson left his wife Jane and their children (Robert, Carrie, Elijah and Lucius), and fled to Arkansas.

In Arkansas, Watson made the acquaintance of the notorious female outlaw, Belle Starr, the ‘Bandit Queen’. The two got along well; he could be very charming when he wasn’t drinking. Belle lived on Indian land in Oklahoma with her companion Bill July, and rented a cabin and some land to Watson. But Belle was no longer an outlaw. She’d spent time in prison for horse theft and her beloved Cherokee husband Sam Starr was killed a few years earlier. She’d had it with crime and wanted to live out her life in peace.

Being on Indian land protected Watson from being arrested by United States authorities, but when Belle learned he was a wanted man, she demanded he leave the property. Shortly after issuing her ultimatum to Watson, Belle Starr was found dead by her neighbors. She was shot on February 3, 1889, at the age of 40, while riding along the road about 300 yards from Watson’s cabin. Edgar Watson was the prime suspect. He was arrested and tried, but his high-priced and skillful lawyer managed to get the charges were dropped because there were no witnesses or material evidence. Watson was released and Belle Starr never received justice.

It is believed the audacious murderer returned to Florida because he thought no one would think to look for him where he was wanted as a fugitive. In the early 1900’s, he purchased a 40-acre island, Chatham Bend Key, deep in the Everglades swamps and started farming. First he cleared his land and harvested buttonwood (sycamore) timber which he sold in Key West. Then he grew vegetables. Watson was such a good farmer that writer Jeffrey Scott Holland suggests he is one and the same E. J. Watson, a former official of the South Carolina Department of Agriculture.

His most successful crop was sugarcane. He earned a lot of money quickly and was able to invest in state-of-the-art equipment to manufacture cane syrup and rum which he delivered to Fort Myers and Tampa aboard his 70-foot schooner. He grew so wealthy that his neighbors on Chokoloskee Island referred to him as ‘Emperor Watson’.

There are well-documented accounts of Edgar killing more people. An actor named Quinn Bass in Arcadia, brothers Mike and Sam Toland in Lake City, and a squatter named Tucker and Tucker’s nephew. He surrounded himself with unsavory companions, all of whom he eventually killed: Dutchy Melvin from Key West, Leslie Cox from Punta Gorda, Frank Waller and Hannah Smith. At an auction in Key West, he became so enraged that he was outbid, he slit the throat of Adolphus Santini. Santini survived and accepted Edgar’s payment of $900 in exchange for dropping the charge of attempted murder.

But did he kill Marshal Bowman?

Here are some facts to consider.

How many other people did he kill?

In the book Florida’s Past, Gene Burnett writes: “… a young black boy fled [Chatham Bend Key] in terror, racing over river, swamp, and sawgrass, to reach a group of farmers, clamdiggers, and herdsmen near Chokoloskee. The frightened boy bore witness to a gruesome murder by Watson …”

The boy led the men to the grave of a six-foot tall, 300-pound woman named Hannah Smith. Due to her impressive size, Watson had failed to bury her completely; her left her leg was found protruding from the ground.

Upon hearing that Watson was on his way by schooner to Ted Smallwood’s store in Chokoloskee, the residents of the Ten Thousand Islands gathered to wait for him. When he saw the mob, Watson pointed his shotgun towards them and advanced. His gun choked; he reached for his revolver, but it was too late. The mob fired and he was brought down with 33 bullets.

A massive and destructive hurricane (The Cyclone of Five Days) had just torn through the islands. When searchers went to Chatham Bend Key, they counted about 50 unearthed skeletons. Watson periodically traveled to Fort Myers, Tampa, Tarpon Springs and Miami to hire itinerant workers and bring them back to his sugarcane plantation. It was rumored that when the workers asked for their pay, he killed them. While many bodies were found on his land, it is believed he often just dumped their bodies in the Gulf of Mexico.

Could Bloody Ed be the true assassin of Marshal John Bowman? It’s an intriguing possibility, but we have one more suspect to consider; Dick Windham.

We’ll probably never know the true extent of Bloody Ed’s murderous career. As Graham Clayton says, “Watson was financially well-off due to his farming, so he wasn’t killing people to make ends meet. It sounds like he just liked killing.” Edgar J. Watson was buried at Fort Myers Cemetery.

There was another serial killer in the United States at the time. He was known as H. H. Holmes. He’d constructed a building with hidden rooms and torture chambers in Chicago where he killed unsuspecting visitors to the 1892 World’s Fair.

Gina Taylor of Fort Myers-based True Tours recommends the book, Killing Mr. Watson by Peter Matthiessen. This is part one of the Shadow Country trilogy.